Snappr connects you to pre-vetted Family photographers in Chicago. It's never been easier or more affordable.

Megan has so far spent 19 years shooting freelance commercial, wedding/ event, portrait/ fashion, and lifestyle work. Her ability to keep it professional, but make a shoot FUN is a unique aspect of what she bring to the table. Offering direction, posing, and her ability to align help clients achieve the exact look needed. Career Highlight: Having an image digitally displayed at the Louvre in Paris for the fifth annual Exposure Award.

As a self-proclaimed ‘Visual Storyteller’, Edrece Stansberry has been featured in publications such as Pattern Magazine, National Geographic and Sidepiece Magazine for his photographs. While working as an Independent Contractor on freelance projects, he has been able to execute on a vast amount of projects centralized in Art/Creative Direction and Photography for companies such as Amazon and Finish Line. As a meticulous creator, these projects have led him to solely concentrate on storytelling through Media, Print, and Digital Advertising to not only build the value of clients but help them develop a distinctive brand within a rapidly growing media focused marketplace. With his divine purpose being to express himself in the mediums of writing and photography, he plans to be a guide of spiritual well being through art as he continues to create.

Jayme Spoolstra is self-taught, practicing for well over 10 years. Each client that she has worked with has left her with valuable lessons which she draws from with every new client in which she collaborates. Jayme wants to work with you to create an experience and a product that everyone can be proud of. She takes pride in image quality and strives to create her own unique brand of storytelling through her images, while still meeting her client's needs and desires. Jayme is a member of the Professional Photographers of America (PPA).

I have been shooting as a commercial and corporate photographer for 10 years now. I have advanced experience and knowledge regarding corporate portraiture, corporate event photography, exterior and indoor architectural photography, studio photography, lifestyle photography, and photo retouching. Over my years as a photographer I have learned all that goes into running photo shoots on a high level and know I can be an asset as photographer who truly understands not only the technical aspects of the medium but also how to properly communicate with clients and exceed expectations. I am also a photography instructor and am very passionate about mentoring upcoming photographers and excelling in my knowledge of upcoming trends and techniques in the field. I strongly believe my experience and skill set make me a strong candidate to consider. Please feel free to review my portfolio at chrisbellezzaphotography.com, and I would be happy to send more relevant examples of work if necessary. Thank you for your time and consideration and I look forward to hearing from you.

Alan Luntz is an experienced concert and event photographer who has served as a press and artist photographer at Millennium Park, Green Mill, Constellation, the Northwestern University Bienen School of Music, and the Jazz Showcase. During the day, he captures hundreds of smiles as a school portrait photographer and sports yearbook photographer for Visual Image Photography, a full service photography company with a 40 year history in the Chicagoland area. As a Northwestern University student, he has formal training in fine art film photography, developing, and printing. In his free time, Alan enjoys playing the sousaphone, guitar, piano, and meeting adorable dogs to photograph and post on Instagram.

Charlie Brown has a strong background in Filmmaking which has translated over into Photography. He takes pride in the quality of every image he has ever shot, and nothing compares to his passion for the art of storytelling through images.

Hear what customers are saying about the top-rated Snappr family photographers from Chicago, IL.

Average rating of 4.9 out of 5 based on 67 reviews for Snappr Family Photographers in Chicago.

More about how Snappr works in Chicago, IL and elsewhere

Snappr is the new way to book a photographer on-demand in Chicago. Play the video to hear more. 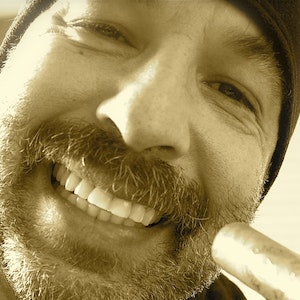 I absolutely love when a photo ignites unfiltered emotions of happiness and sadness within myself. And I also love the fact that my prized possession is a photo I haven't shot yet. It is between these two extremes of emotions and the unknown that I find photography to be a complete joy. If I can imagine it, I can capture it.

What are some of your favorite places in Chicago to take photographs?

The lakefront is gorgeous at magic hour.

Book your shoot now in Chicago.