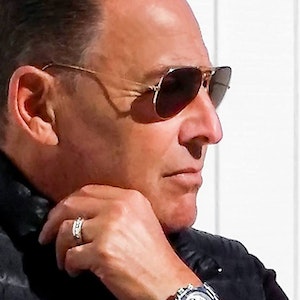 When I was 9 years old my Dad handed me his camera and said, go ahead, take some pictures. I don't remember the results, I do remember the moment.
I photograph Interior Design & Architecture, Lifestyle, Automobiles, Products, Events and Portraiture among other genres. Each time I pick up a camera, I feel that same excitement I felt as a boy.
I have been published 8 times in Architectural Digest. My work has also been featured in Harpers Bazaar, Traditional Home, The New York Times, HGTV, PEOPLE, Interior Design, WMagazine among many others.
I have served as House Photographer for the Nationally known Kips Bay Designer Show House. I have also served as the House Photographer 5 times for the Nationally acclaimed Holiday House Designer Show House, as well as serving as House Photographer for The Sothebys Designer Show House.
I have also received a “Best Of Houzz Award.
I serve as the "go-to" Celebrity Photographer for many national outlets including, most recently, my on-air work for Entertainment Tonight/The Insider, Radar On-Line and STAR. I have had the pleasure of exclusively photographing many A-list celebrities, including Kim Kardashian, John Legend, Martha Stewart, Lindsay Lohan, Sean "P Diddy" Combs, Olivia Palermo, Alec Baldwin, Meryl Streep, Vivica A. Fox, Ne Yo, Tiki Barber, stars of "Dancing With The Stars" Maksim Chmerkovskiy and Peta Murgatroyd, the mega-mansion owned by 50 Cent, and many others.

Featured as one of the Best Photographers in Bridgeport
Book Alan B. now

I love the creative process. Every photo shoot provides me with an opportunity to create images that tell a story, and that is such a pleasure.

I Have photographed some of the most well known celebrities. Despite their fame, I have approached each shoot from the perspective of creating a level of human interaction that would allow their true personality to come through.
When I photograph interior design, architecture, Automobiles and products, I am always so committed to capturing the most beautiful and interesting elements of the design

I have been awarded a
Best Of Houzz.
My work has been published both Nationally and Internationally. I have appeared on National Broadcast Television as an expert commentator as a highly Regarded Celebrity Photographer.

My youngest child is 8 and I love practicing with him for the sports he is involved in. The fact that he is now playing Little League Baseball on the same field I played on at his age, is such a thrill.