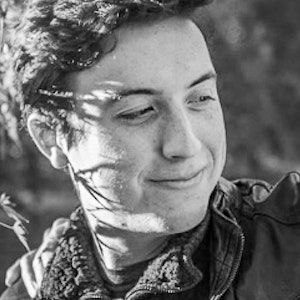 Average rating of 5.0 out of 5 based on 2 reviews.
Book Benjamin L. now

Benjamin Lash started teaching himself photography from the age of 16, observing his brother and father. By 2015, he had purchased his own camera, and began producing as much as he could, with videography and photography. Soon after, he began doing paid contract work around the University of Illinois, focusing heavily on portrait photography. He continues to this day, greatly enjoying being able to do photo work for graduations, weddings and much more.

Featured as one of the Best Photographers in Champaign
Book Benjamin L. now

It's immensely satisfying to capture people's moments and present them in a way that makes them smile and feel happy. This is especially true when I'm able to do show them a side of themselves that they didn't quite know existed, but still brings them happiness. While posing is a very important skill, my favorite shots of people are when they are unprepared, or reacting to something, rather than setting their face in a specific way.

A spent the fall of 2016 doing photography for the UIUC marching band, the Marching Illini. It was certainly a challenge taking photos of an organization of over 350 members that had to put on many performances over the course of a few months. This meant taking and processing thousands of photos every week, and making sure that I could represent as many members of the group as possible in a way that would please the organization. However, there was very little stress during this work. Even though gamedays could stretch from 7:00 am in the morning to 5:00pm at night, it was a non-stop thrill. The late nights of editing the photos on Adobe Lightroom was immensely satisfying, especially when editing while listening to music, and "leaking" a few of the photos as I went to band members to see their reaction. I miss those days, but they taught me a great deal in terms of setting up an efficient workflow and finding joy in such large projects.

None as of yet.

I played trombone for 10 years, but now play guitar daily. Always looking for someone to jam with!