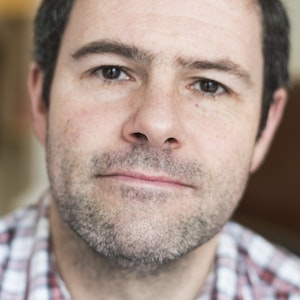 Darren Salanson started his training at a successful food photographers and learned his trade when film was still the only choice to professionals. He learned how to use studio lighting and build sets and most importantly how to compose a shot. When digital photography eventually became good enough he started training on how to use all types of cameras and software to be able streamline and hone his skills.
He eventually took these skills out on the road when he went freelance and has experience in events, portraits and corporate photography to just a few.

Featured as one of the Best Photographers in London
Book Darren S. now

Photography isn't just about taking photos, sometimes it's capturing memories for someone to keep forever. I especially like it when you capture a scene at a wedding which the couple don't know about. It could be a child laughing at a table or a bridesmaid hugging a relative but it's something that creates an emotion and I love knowing I've helped give that to the couple.

I had to do a shoot of a girl riding a horse which was slightly out of my comfort zone, but we managed to go to Richmond Park, which is one of the most beautiful parks in Surrey. I scouted around first to find some areas and it went really well.
Also for a couple/anniversary shoot the couple were really nervous so I changed it slightly and took them to a few bars where they relaxed in company and I managed to get some great shots of them having a 'date'.

This sounds crazy but the best recognition is when a client asks me if they can leave a review of the job I've done for them and it's always good when I get repeat business from a company or individual. I did a free job for Mencap and they've just let me know that a couple of shots that I took will be on their website that feels good that I was able to help a worthwhile company.

From time to time I like to play 'Real Tennis' which is an older and much harder to play version of tennis. There aren't many courts in the country but there is one near me in the wonderful grounds of Hampton Court.