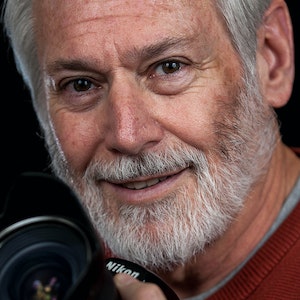 Jim Meyer started his career in 1974 as a B&W film specialist creating images of architecture, special effects both using available light and controlled studio lighting. Over the years shooting for aviation, manufacturing and agricultural clients. One of the longest client relationships was a 41 year stint as the publicity photographer for the Kansas State Fair. The client list also included a number of major advertising agencies and design houses in several states. Jim is driven as a problem solver and a team player, always looking for the best way to present a subject through his lenses.

Featured as one of the Best Photographers in Wichita
Book Jim M. now

I love lighting challenges and the beauty of a simple, strong photograph.

I photographed an amazing bed and breakfast that had a number of rooms in three separate classic old homes, each with it's own style and theme. I started with the natural light them added light to open up the shadows but maintain the character of each room. I also did a motion study of a tympanist capturing the flair and motion of the mallets. In an oil field I used a long lens and studio lighting that I triggered by radio, stacking the image of a horse-head pump against a sunset.

I was a drummer in a hard rock and blues band from 1967 through 1971. We opened for a few major bands including Jimi Hendrix.