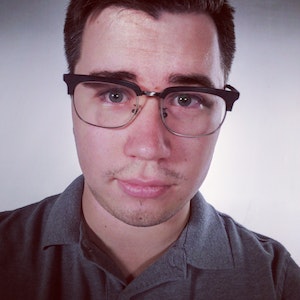 Josh Dasher began his career in photography in college, where he earned a bachelors degree in theatrical design and production and quickly recognized a need for high quality production, event, and portrait photography for the aspiring artists around him. In the years following he spent four years working in A/V production at with Disney, working in both Central Florida and Shanghai doing production development. During this time he honed his craft as a photographer and videographer both through his role and while working with artists and events in the area.

Featured as one of the Best Photographers in Orlando
Book Joshua D. now

I believe that often the most successful photographs can be measured by whether they allow the viewer to imagine that which isn't in the frame. Photos may people and places in time, but these captures have the opportunity to instill vision, imagination, and passion in a viewer like little else. I think photography can enhance the imagination more than any other art form, and it is those images that constantly draw me back into the art of photographic creation.

I have had the opportunity to travel with several large musical acts, and while it's always fun to capture people on stage performing in their element I constantly go out of my way to capture intimate moments - to get to the heart of the performer. Whether that's them over drinks after the show, rehearsing or warming up in the morning, hanging out with friends, or spending time with family - I love to approach an artist first as a human, and then as a musician.

I initially went to school to be an opera singer, but quickly realized that I'd have a lot more fun using my established nerd tendencies to make a living.