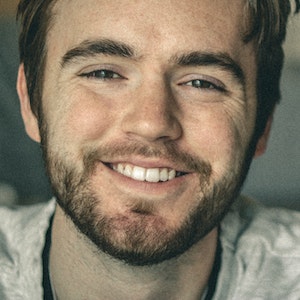 Average rating of 5.0 out of 5 based on 5 reviews.
Book Marshall S. now

Marshall Skeeters is an experienced photographer with over 5+ years as a hired professional photographer. His passions lie in collaborative efforts with his clients to ensure sessions and final products are entirely custom to his clients' needs and desires. His ability to quickly produce content with attention to detail and clarity has allowed him to build a clientele. Marshall is an expert in portrait and corporate photography working with clients such as Penske Tech, Heidelberg Project, and countless small to medium-sized businesses. He also has extensive experience in newborn/infant, product and live music photography.

Featured as one of the Best Photographers in Austin
Book Marshall S. now

I love the fact that a session is never the same. The ability to gain someone's trust and execute a talent and passion of mine for their brand or self is an honor that I take seriously. Having that privilege and ability to connect with clients and build a network is such a unique way to make a living. I specialize in meeting you where you are in life, where you’ve been, and where you’d like to end up, then executing it in visual form.

This past spring I gave bundle deals to clients in Austin that involved taking their dogs to this beautiful bluebonnet field on a hill overlooking the city of Austin. It was special in that the client was able to capture the bond they have with their loyal companions in a true Texas fashion. In addition to the photos I delivered to them, I also included a "session recap" video that was a minute long. The idea here was to have an intimate freehand, behind-the-scenes piece to accompany with their photos in a carousel post. These videos were candid, personalized with a song of their choice and delivered with their photo packages.

As an artist, I play guitar in a very successful hip-hop band in Austin named Magna Carda. I do digital analysis for a company named Social Factor working with clients like Facebook and Best Buy. In addition to all of this, I also score videos for a film agency named Banyan in Atlanta, GA. I try and be as creative as possible in my day-to-day.