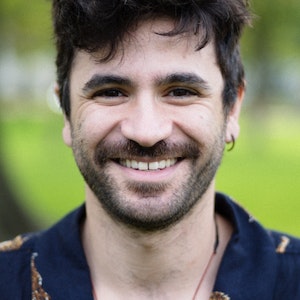 Average rating of 5.0 out of 5 based on 1 reviews.
Book Patrick E. now

Patrick Mouzawak's passion for photography began while studying and working in TV and Cinema. After earning his degree Audio-Visual Arts and Cinema and during his photography career he has exhibited work in several galleries across the world and have received International recognition and awards for his photography and films. His collaborations with artists, musicians and people from all walks of life has brought his photography and experience in this life to where it is right now.

Featured as one of the Best Photographers in Sacramento
Book Patrick E. now

Photography allowed me to have a deeper connection with people and the environment I live in. And as a naturally curious person that gives me the outmost satisfaction.

I've done all kinds of shoots. I mean ALL kinds. And each has something that makes it special. I shot a beer factory and got to see first hand how beer is crafted, I shoot fashion a lot and it's so much fun to try and create something unique with the models and the clothes they re wearing.

When I'm not taking pictures I hangout with my twin babies. Also I unicycle and juggle. I can play chess. I've traveled and continue to travel as much as I can. I speak 4 languages.